The Merits of Self-Driving Cars in Richmond, Virginia 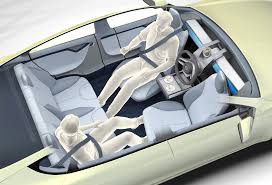 03 May The Merits of Self-Driving Cars in Richmond, Virginia A recent Time Magazine article extolled the potential benefits of driver-less vehicles that could be on the streets of Richmond, Virginia before we know it.  The article noted that there are approximately six million automobile accidents in the U.S. each year resulting in 33,000 fatalities.  According to the National Highway Traffic Safety Administration 94% of these accidents are the fault of drivers.

Google’s autonomous test cars have now logged more than a million miles, with only 17 accidents – all of which were the fault of human pilots.  A 2013 study by the nonprofit ENO Center for Transportation found that converting just 10% of vehicles in the U.S. to self-driving cars would reduce the number of accidents by 211,000 and save 1,100 lives and approximately 25.5 billion dollars.  If 90% of all vehicles were converted, 4.2 million accidents could be prevented and 21,700 lives saved.  “In all, the adoption of driverless cars in the U.S. could save $1.3 trillion a year, according to a Morgan Stanley analysis – including $158 billion in fuel costs, productivity increases of $507 billion and $488 billion in accident-related savings.  Total worldwide savings: $5.6 trillion.”

Because Americans have such a love affair with the automobile, it may be some time before our licenses are pried from our wallets, but the way forward appears to be paved for driverless cars if these results are achievable.