St. Patrick’s Day is the fourth-most popular drinking holiday in the U.S., trailing New Year’s Eve, Christmas and Independence Day, so revenue is expected to flow for Irish staple brands like Guinness.

46 minutes: Interval at which an alcohol-related car crash claims a life on St. Patrick’s Day

On a more sobering note, 276 people died in drunken-driving accidents on St. Patrick’s Day weekends between 2009 and 2013, according to Cars.com.

The most dangerous time to be on the road is reportedly between midnight and 5:59 a.m., so be vigilant and if you drink, enjoy that green beer responsibly.

The Paullin Law firm offers these tips to those who decide to join in the Richmond Saint Patrick’s Day celebrations:

Have fun out and about in Richmond on Saint Patrick’s Day, be smart and be safe! In the event of a car accident or a traffic ticket or if you are ticketed with a DUI, call the attorneys at the Paullin Law Firm at 804-423-7423.

We’re experienced and we can help you. 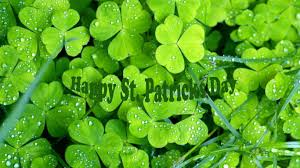